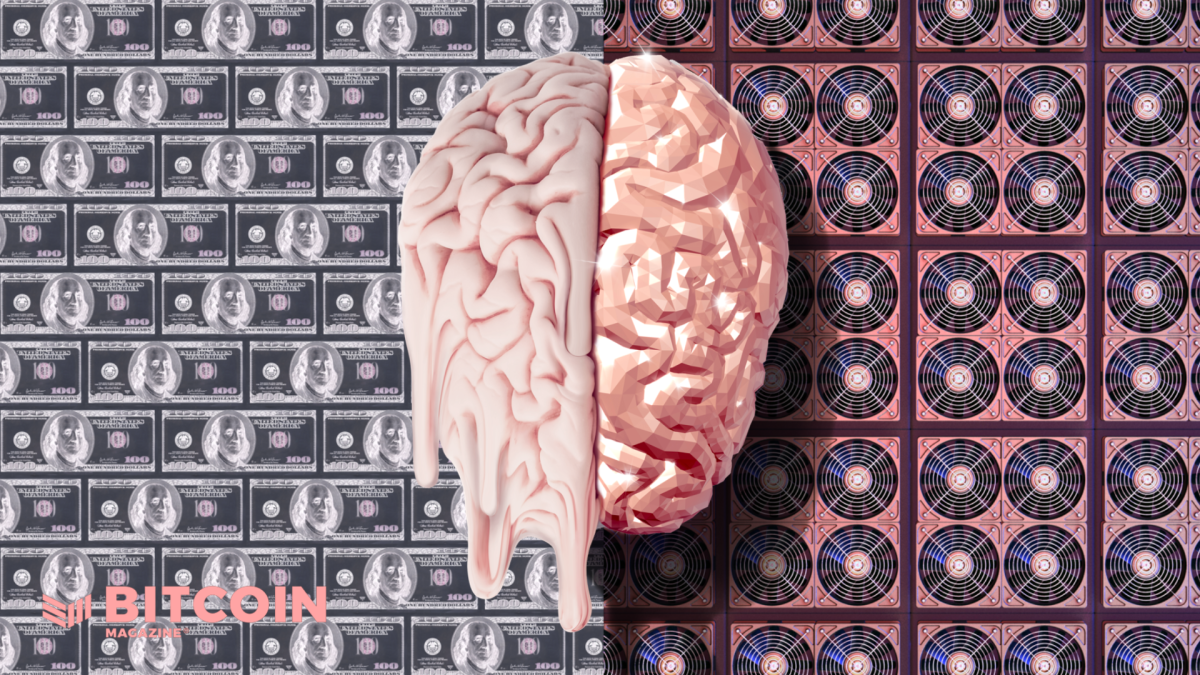 The below is a response to professor Fabrizio Carmignani’s interview, titled “Dummy’s Guide To Crypto,” which I found was genuinely written by a dummy, for dummies.

It’s always fascinating when experts of the old comment on the new paradigm that makes their old paradigm obsolete.

The classic meme that comes to mind depicts Paul Krugman, who said that, by 2005, the internet will have no greater impact on the global economy than did the fax machine, and who also told people that bitcoin was a bubble at $1, $10, $100 and ever since.

Trying to make sense of the new using the lens of the old is about as effective as asking a car mechanic to perform heart surgery, or asking a heart surgeon to fix a car. They’re both operators of some kind, but the domains are different.

So, let’s get a Bitcoiners view on Bitcoin. Notice I said “Bitcoin,” not crypto. Why? Because crypto is far more akin to the legacy financial system, whereas Bitcoin is an entirely new beast.

But that’s another conversation, and one you can discover here.

It’s a superior form of money that does not rely on a central authority for issuance or maintenance of the ledger. It’s a money rooted in the second law of thermodynamics, that transforms energy into a fixed, incorruptible unit of account. It’s an immutable network enforced by hundreds of thousands of nodes around the world, simultaneously. It’s a set of rules without rulers that any human can participate in voluntarily, and enforce at the level of the individual. It’s a substance that embodies each of the attributes of money (divisibility, portability, cognizability, fungibility, divisibility and scarcity), and thus perfectly performs the three functions of money:

In other words: Money is the technology that a sentient species uses to transmit information relating to energy, time and matter. Bitcoin is a perfect money and monetary network.

Why Are Some People Attracted To It?

While I agree with professor Carmignani that crypto is just about blindly gambling, hoping to make more fiat, legacy money, those who understand Bitcoin’s raison d’être are attracted for far deeper reasons.

Not only is the legacy financial system a disaster, but more importantly, the legacy monetary system is completely broken and thermodynamically fraudulent.

Money fundamentally measures three things: time, energy and natural resources. Three fixed quantities that we cannot create out of thin air. Participants in an economy (a closed system) perform work (which is derived from time and energy) and, depending on the subjective value of the product of their labor in the marketplace, trade it for a thing called money which they can either save for future transactions or use today.

As a result, for money to function properly and to accurately measure the product of our labor, it must represent time, energy and natural resources as closely as possible. This primarily means that it should be a fixed quantity that cannot be changed or adjusted at the whim of some “ruler.” Changing the quantity moves the goalposts and distorts the game right in the middle of play.

Furthermore, because the legacy financial system assumes money equates to wealth, they just keep inflating the total amount of “money” without there being an equivalent increase in productive output or capital. As a result, we have way more money chasing the same output and capital, thus diluting the purchasing power of everyone’s money.

Their policies are impoverishing anyone who is prudent enough to work hard and save, and giving anyone who’s holding any form of hard asset the illusion that they’re getting rich.

Savings being the cornerstone of civilization, when you disincentivize it, you begin to break the foundation upon which individual humans build.

This has disastrous consequences and is the real reason why people who understand it deeply are attracted to Bitcoin (not crypto).

One does not ”invest” in a superior form of money.

In the same way that the person who holds the Zimbabwean dollar or bolívar doesn’t “invest” in USD, but flees to it as a superior money that has a better guarantee, people who understand Bitcoin are moving out of traditional government-issued currencies not as an investment but as a migration to superior money.

Traditional fiat currencies are as good as the promise and military might of those who “back” it. The world is changing. I will put my trust in the immutable laws of mathematics and universal physical laws long before I place it in the promise of some bureaucrat.

Mining is the name given to the validation process nodes on the Bitcoin network that are used to both validate transactions and, more broadly, thermodynamically secure the network.

Anyone can do it. You just need access to electricity, the internet and a computer. Yes, to produce a meaningful amount of bitcoin, you’ll need a more powerful or specialized computer, but that’s perfectly fine. The network is built on “proof of work” and the output is commensurate with the input.

Why Is Bitcoin Valuable?

For all of the reasons I mentioned above. And this is only the beginning.

Gresham’s law states that good money pushes out bad money. Any sane human saves the good money while spending the inferior money. As more people understand what money is (this is severely lacking in the world) and they then discover that bitcoin is not just the best money humanity has ever had, but perfect money, they too will want to protect their wealth and measure the product of their labor in bitcoin.

A good way to think about it is the following:

So, technically speaking, the equation for the value of a single bitcoin is “infinity divided by 21 million”. That’s a much bigger number than today’s $30,000.

As mentioned earlier, the onus is on you to understand money first, and then Bitcoin.

This is a subject that will take you at least 1,000 hours, and likely the classic 10,000 hours of study across math, physics, economics, human action and praxeology, philosophy, anthropology and human evolution.

And that doesn’t include the technical side.

Once you’ve got a grounding in the philosophy and history of money, and you understand Bitcoin’s raison d’être, you won’t be asking this question. You will have answered it for yourself.

The only real downside that exists is being the one holding the equivalent of “sea shells,” whilst everyone is using gold.

From an evolutionary perspective, Bitcoin will do to fiat money what gold did to all other monies, including shells, rocks, stones and salt. Except that it will compress 5,000 years into a few decades.

There is a lot of talk about “energy consumption bad,” and while I’d love to debunk that here, I don’t have the space. So, I hope the following suffices:

Money is central to the operation of civilization and the capacity for free individuals to perform work and store the product of their labor. As humans, we’ve built huge edifices in order to enable money to function, such that society can operate. The latest incarnation is the fiat system which requires the collective energy use of the military industrial complex, the entire global banking system, payments systems, legal systems, courts, buildings and infrastructure, manned by millions of people just to maintain.

Bitcoin can do the same job, in a way that is orders of magnitude better, and with the same rules for everyone, for the same energy usage as what we as humans collectively use for washing machines, driers and toasters.

I would strongly suggest reading this recent article by Hass McCook, an Oxford MBA engineer, who breaks this down to the real details.

There is nothing more important today for the environment, equality of global economic opportunity, the transformation of the economic system and the clean up of the financial system that impacts us all, than the move into Bitcoin.

Human action is the basis of speech. I’ve said this on many a podcast: “Don’t tell me what you believe, show me your bank account and I’ll tell you what you believe.” In a world where money is controlled, there is no freedom of speech, nor freedom of individual action. That’s not a world we want to leave to our kin.

So, yes, you will become wealthy by being in Bitcoin early, in much the same way as anyone who found gold early on and held onto it saw their purchasing power increase. But more importantly, you will be accomplishing a historical good and a moral duty by moving into a better, fairer, sounder money.

This is a guest post by Aleks Svetski, founder and CEO at www.amber.app and on Twitter @GhostOfSvetski. Opinions expressed are entirely their own and do not necessarily reflect those of BTC Inc or Bitcoin Magazine.