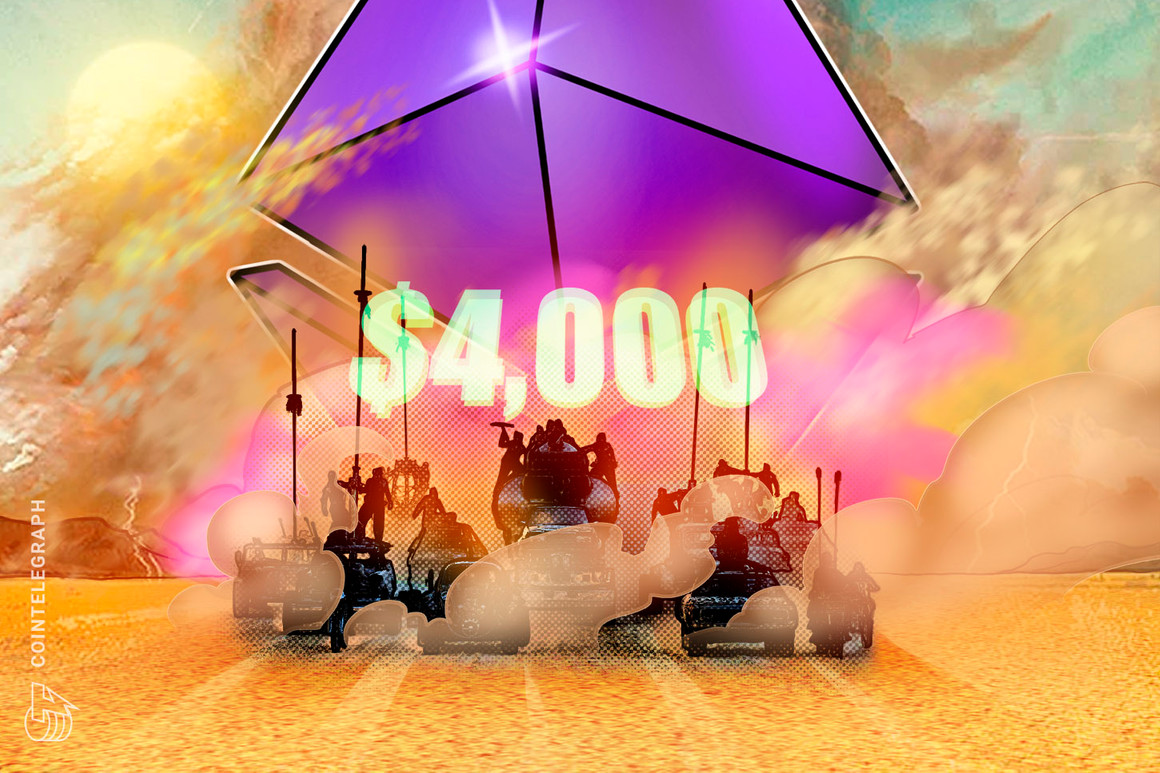 Ether (ETH) returned to $4,000 on Sept. 3 for the first time since May as a solid week of gains culminated in a major price milestone.

Against month-to-date gains of $600, the pair reclaimed the historic level it had lost in the dramatic trend reversal that rocked the cryptocurrency market roughly three months ago.

It is now trying to breakout from it#Crypto #Ethereum pic.twitter.com/tMQSIjZVb6

In terms of weekly performance, Ether took third place out of the top 10 cryptocurrencies by market capitalization, behind Solana’s SOL and Polkadot’s DOT tokens.

Bitcoin (BTC) also capitalized on fresh strength of its own, rallying to a critical resistance at $51,000.

How long can the good times last?

Ether’s successes have given bulls reason to rejoice, but the move has also produced some murmurs from critics.

Related: Is Ethereum’s rally signaling the next bull market phase for Bitcoin above $50K?

With gas fees still causing frustration for traders, there was a sense of disparity as even actress Reese Witherspoon announced that she had invested in Ether.

Broadly, however, opinions converged that the final months of 2021 may mimick the rush to the finish of 2013 and 2017.

“Regardless of when exactly it comes the next few months will probably be insane beyond what most of you can imagine, but also one day during all that mania the music will stop,” popular Twitter account Lark Davis summarized in a dedicated thread on the current crypto bull market.

ETH comes within $300 of all-time highs

Data from Cointelegraph Markets Pro and TradingView confirmed ETH/USD hit highs of $4,025 on Bitstamp on Sept. 3.